One of the oldest industries in India is the textile and clothing sector. India is an overly big exporter of fabrics and accessories in the global fashion industry. India stands first for producing cotton, second for producing silk, and fifth for producing manmade fibers. India supplies these fabrics to the international fashion houses which enclose intricate hand embroidery and beadwork. Each region of India has its distinctive native costume and traditional attire. Indian Fashion industry covers the whole range of clothing like wedding ceremonies’ clothing, sports, and casual wear. Indian fashion designers have also made their mark in the global fashion arena. 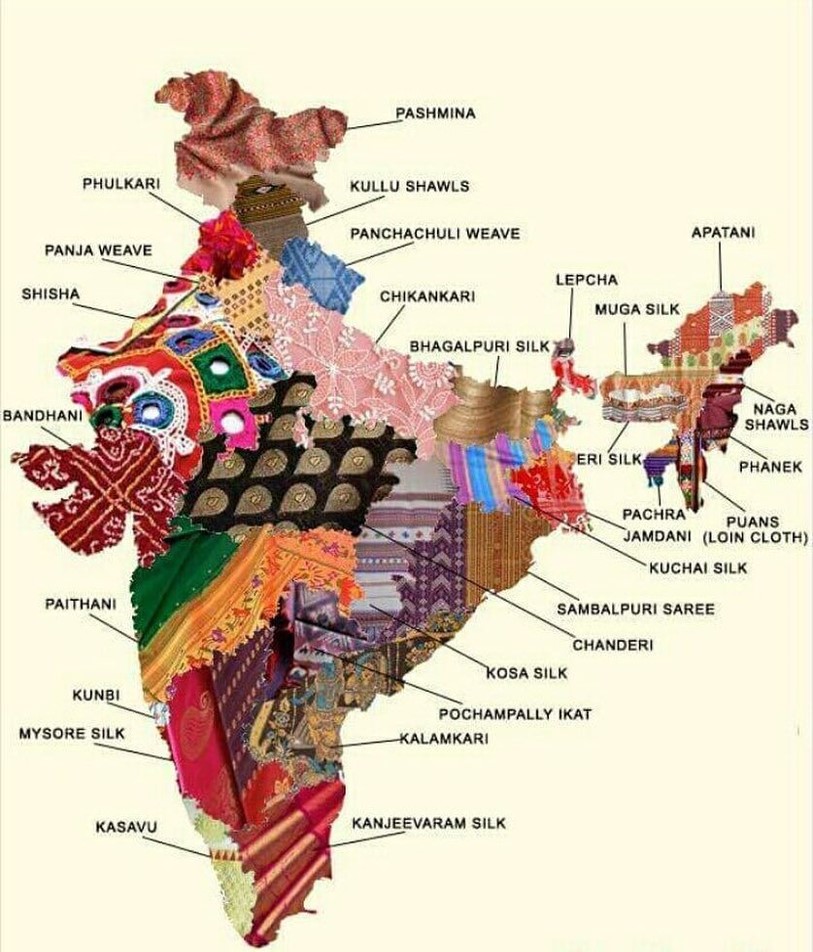 Role in the world fashion

Indian fabrics and designs have made a remarkable name universally, for example, fabrics like Tussar, Matka silk which are produced in Chapa, Madhya Pradesh. Surat supplies Jacquards, moss crepe and georgette sheers. Madras check originated from ‘Lungi’, a simple lower body wrap. Recently, many designers have started using traditional Indian fabrics, designs, and cuts to upgrade their fashion collection. Cultural Indian designs with batik cravat, tie-and-dye, or vegetable block print are in trend not only in India but all across the world. Nowadays, western inspiration is also increasing because of the influence of television and films.

In India, there is no particular or single dressing style due to the varied culture. Our diversified nation has given an extensive scope of innovation to the designers. Merging different styles have set new trends. The film industry has an important role in determining the Indian fashion style. The first Indian International Fashion Week was organized in Delhi in the year 2009 which assembled fashionistas from all over the world.

The future for the Indian textile industry is bright, because of export demand and strong domestic consumption. For the global fashion industry, India is a substantial exporter of fabrics and accessories. India’s strength depends not only on its’ tradition but also on its’ raw materials. 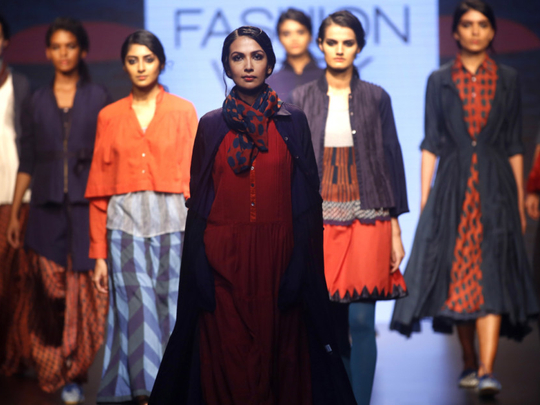 The Indian apparel industry has developed endlessly throughout the country’s history. Ancient Vedic literature shows the clothes made from barks and leaves. The dyed and embroidered garments are mentioned in the Rig-Veda of 11th century BC and hence, forefronts the development of refined fabricating techniques of apparel during Vedic age.

Muslin clothes produced in southern India were merchandised to the Roman Emperors by 2nd century AD. Silk is reviewed as one of the major exports of ancient India.

Draped clothing became common among the Hindu population while the Muslims adopted stitched apparel. British Raj encouraged British industrial cloth in India. This increased the development of khadi clothing, to decrease the dependency of Indian people on British industrial goods.

The 1980s were marked by an outbreak alteration to Fashion in Indian clothing which was distinguished by the expansion of fashion schools in India, accelerative participation of women in the fashion industry, and altering Indian attitudes towards multiculturalism. These outgrowths played a vital role in the fusion of Indian and western clothing styles. In the 1960s, tight kurtas and churidar were a trend among ladies.

In the late 1990s, the price tags, which had reached a peak, began their downside journey. At the beginning of the 21st century, with new designers, models and creative designing, the fashion hype accelerated.