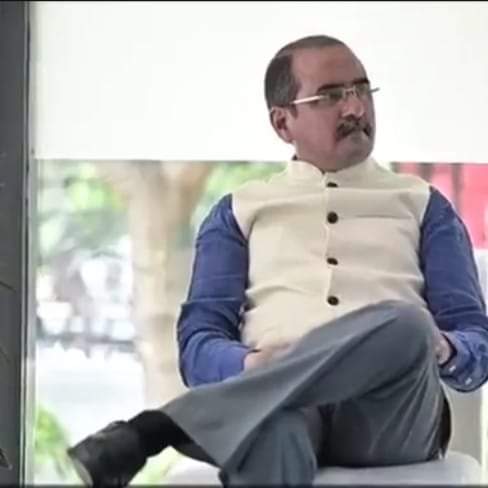 Mr. Anil Bagul, the CEO & Principal of DIDT, Nashik. A personality with Vision, Goal& determination of Achievements.A qualified personality, with fluency in writing articles has made his place in numerous occasions. His flair for design and concepts has enabled to guide a crowd of students and team of staff with a punching force.

His career started at the banks of the river “JAGBUDI”, Born in 7th Aug 1968, in a small village LAVEL, Ratnagiri. With a regular schooling, his footsteps reached the higher education at VJTI, Mumbai. Passed out his graduation in Textile Engg. His studies also saw the better side of him when he helped lives with social cause. Arranging and spearheading social activities like blood donation camps, play writesblogging, etc.All this was in the year 1988.

The coming 1 years were to be more crucial for him. Surely survival was on the list, but to excel was more important. His first job was in Raymonds, Thane. Bigger names were yet to add to his resume very soon. His zeal to work & excel in his field of work took him to Hindoostan Spinning Mills, Mumbai and then to National Rayon Corporation, Kalyan.

The winds of his progress took him to “Sangiacomo&Lonatis.p.a.”, Italy. And also to Lankshire, UK at “Jabal International Knitting co.”

Unknowingly for him, his natural abilities were sharpened during these times when he handled many a things on the shop floor of these prestigious companies. His sense of analytical work helped him maintain smooth flow of production at the shop floor. His power to get optimum output thru proper planning of Machine, Man & material, saw him reach better achievements. His heart to be the best along with the development of others was possible only due to his coordination between planning, Design, Production & Dispatch departments.

All this was just the beginning. A tip of the ice burg of what was yet to come. In he mean time he had successfully completed hi MBA in Marketing in the year 2012.By now he had made up his mind to give back to the society what he had learned. Give back in a huge way. He didn’t want to come up with fantastic technologies. Rather produce educated professionals who could be fabulous technologists. That was the moment when he firmly decided to start with DIDT. As many other educational institutes, the start was a slow one. But within a very short span of time DIDT became the Talk of the Town. Recently His hard work and team leadership brought fame to DIDT in the form of “Most Promising Interior Design Institute 2018”, at Bangalore. Prior to this year DIDT, under his flagship won the “Excellence Award 2017 for the Best Design Institute”, by My FM,Nashik.

Mega Fashion shows, MACHART, Exhibitions, TIARA GlamFace, have now become a regular activities for his students, which are seen up by others as a privilege & luxury for them.

Behind all this is a hidden Anil, whom very little people have ever met. A poet, a charmer, a happy to be alive, a giver, a dreamer, a Visualizer….

His story is yet to be penned down…..